Reinterpreting polarity and cancer: The changing landscape from tumor suppression to tumor promotion 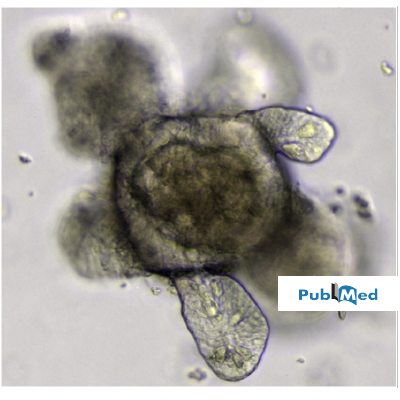 Reinterpreting polarity and cancer: The changing landscape from tumor suppression to tumor promotion

Cell polarity is a fundamental property used to generate asymmetry and structure in all cells. Cancer is associated with loss of cell and tissue structure. While observations made in model system such as Drosophila, identify polarity regulators as tumor suppressors that cause inappropriate cell division, studies in mammalian epithelia do not always support such a causative contribution. Our analysis of published cancer dataset shows that many polarity genes, including PARD6B, SCRIB, PRKCI, DLG1, DLG2, DLG5 and LLGL2, are frequently amplified in multiple cancers raising the possibility that mammalian epithelia may have evolved to use polarity proteins in multiple ways where they may have tumor promoting functions. In this review, we reinterpret the published results and propose a modified perspective for the role of polarity regulators in cancer biology. In addition to the traditional form of cell polarity, which is involved establishment of maintenance of normal cell structure and asymmetry, we propose that some mammalian polarity proteins also regulate subcellular polarity (intracellular asymmetry), which can improve cellular fitness to carry out functions such as proliferation, apoptosis, stress adaptation, stemness and organelle biology. Here, we define subcellular polarity and discuss evidence that supports a role for subcellular polarity in biology.