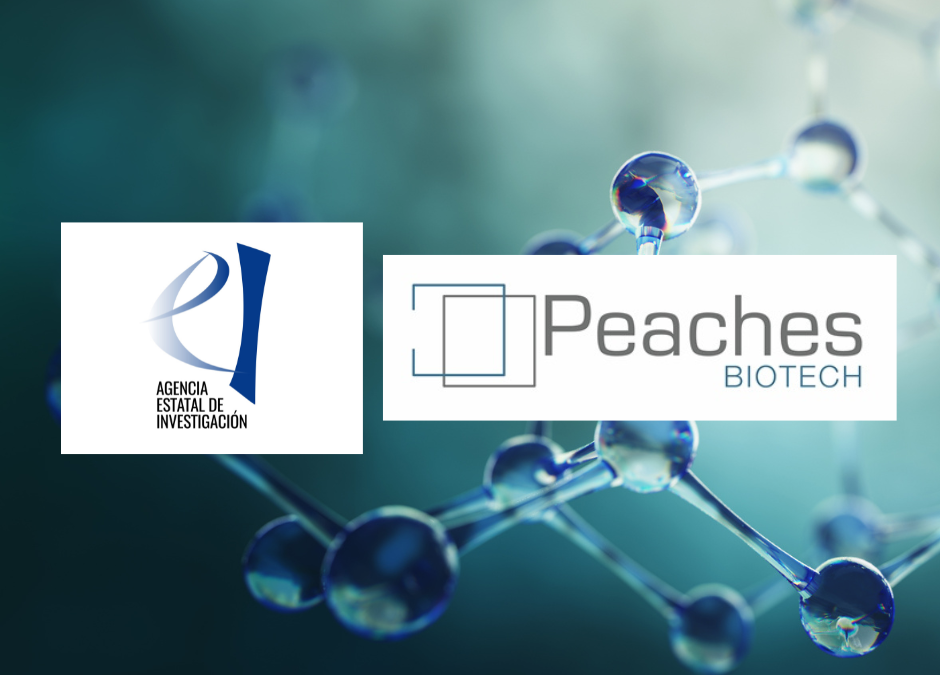 Peaches has the demanding scientific and technological recognition of AEI

Madrid, 29 November 2022 – The Spanish biotechnology group Peaches Biotech, a company specialising in advanced therapies, has taken a qualitative leap forward in the Spanish science and technology ecosystem by passing the scientific and technological evaluation of the State Research Agency (AEI) in its latest call for public-private partnerships for two of its projects. This call is characterised, like all AEI calls, by its demanding selection methodology, which means that only a small percentage of projects are approved.

In this way, the Spanish group will obtain public financial support, specifically non-refundable grants, which is difficult for small technology companies to obtain, and which represents an important economic injection as well as support for its research work to provide patients and the market with innovative drugs based on advanced therapies.

The two projects approved by the AEI are:

In the words of our CEO, Juan Carlos de Gregorio: “For Peaches Biotech, a company that primarily invests its own resources for the development of its R&D&I, it is an important boost to receive funding from the AEI and reaffirms the company’s strategy of collaborating with prestigious public research centres. In fact, the two projects approved are based on patent licenses that emanate from this collaboration, one with the University of Zaragoza and the other with Harvard Medical School. And it is especially relevant because all our projects are aimed at combating pathologies of high prevalence and high impact for the National Health System ¨.

The recognition by the Ministry of Science and Innovation places Peaches Biotech among the most promising Spanish technology companies working to bring innovative medicines based on advanced therapies to the patient and the market.